You would think after living in Atlanta for 15 years I would be a Falcons’ fan by now.   However, I’m not only not a fan; I’m dogmatically not a fan.  My kids are especially confused about this strong aversion to their home team.  Recently at breakfast I was pressed by my oldest for a logical explanation of my choice not to be a Falcons’ fan.  As I contemplated, I realized something in me that I had not seen before…and it alarmed me.

Before I explain, let’s go back in time.

I grew up in a home that didn’t emphasize football.  If we ever watched the Super Bowl, I sure don’t remember it.  At my private school, students played soccer instead of football.  It wasn’t until college that I even attended a football game, and that was a college team. The NFL just wasn’t on my radar for the first half of my life.

Early in our marriage Ryan and I left the South and moved to Wisconsin for a year and a half.   Green Bay was the closest big town to our little dot on the map, so we ended up taking trips there from time to time.  I don’t think it is possible to be in Green Bay and not know about the Packers.  That relatively small town is crazy supportive of their home NFL team.  Even two hours north of Green Bay, the Packer spirit was quite noticeable.  The grocery store there would broadcast the game over the speakers as we shopped.  I was quickly impressed with the fan loyalty to this team that endured the crazy cold at Lambeau Field.  Having never been a fan of any NFL team, I decidedly chose to be a Packer fan.

Well, I’m not just going to ditch my first NFL love because I’ve moved to a new city that just happens to also have an NFL team.

So, I stayed loyal to my Packers.

But, there was another reason at play.  Michael Vick.  He was the quarterback for the Falcons when I moved here.  I really didn’t like him.  And for awhile now I’ve not thought about why I didn’t like him.

And that brings us back to the recent breakfast and my son’s persistence to understand why I wouldn’t support the Falcons.

I rattled off my routine explanation: “I lived in Wisconsin, so I like the Packers.  I don’t like Michael Vick.”  That didn’t suffice this time.  My son pressed for more information.

Racial matters are a frequent topic in our home, and so my husband followed up by accusing me of not wanting to change from liking the white quarterback Brett Favre to the black quarterback Michael Vick.  There was something about the way he had phrased his joking accusation and the timing of it that hit a little too close to home. I tried to rack my brain to remember why I had so disliked the Falcons’ quarterback 15 years ago when I had arrived in Atlanta.

No one seemed to notice that I hadn’t responded to the facetious accusation.  I just sat there in my thoughts trying to come to grips with the disturbing truth.  I understood with alarming clarity that I didn’t care for Michael Vick simply because of the way he talked.

Could that really be true?  Of me?  I’ve published 20 blog posts trying to promote racial healing.  Was I really not a Falcons’ fan because of my very own prejudice against how some black people talk?  I couldn’t believe what I was seeing in myself.  But as I thought about Michael Vick that is all I could come up with.

Michael Vick is a person made in God’s image just as I am.  Did I ever once think of that truth when I moved to Atlanta and heard of the Falcons’ famous quarterback?  Never.  I was to busy looking down on him as inferior to me because of his speech.  I repent.

I am still a Packers’ fan.  But, I will now also cheer for my home team, the Falcons.

One reason I risk sharing this post is because I know some of you have the exact same tendency…to feel superior to others because of your manner of talking. To clarify: this doesn’t necessarily exist only along racial lines, but I’ve definitely observed it there.  However, it can also surface between the rich and the poor (think My Fair Lady) as well as between other groups.  In the Bible, God did not dictate grammar rules and a pronunciation guide. He did, however, explicitly require us to love one another.  Is there someone you look down on because of speech differences? A co-worker? Someone at church? A neighbor? A quarterback? Repent. Then go love! And that might look as simple as cheering with the family for the home team. 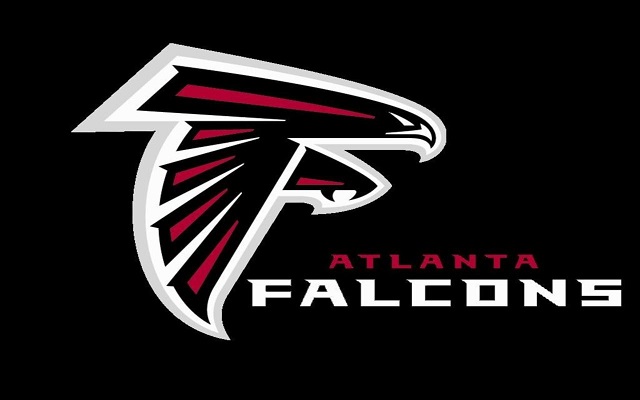